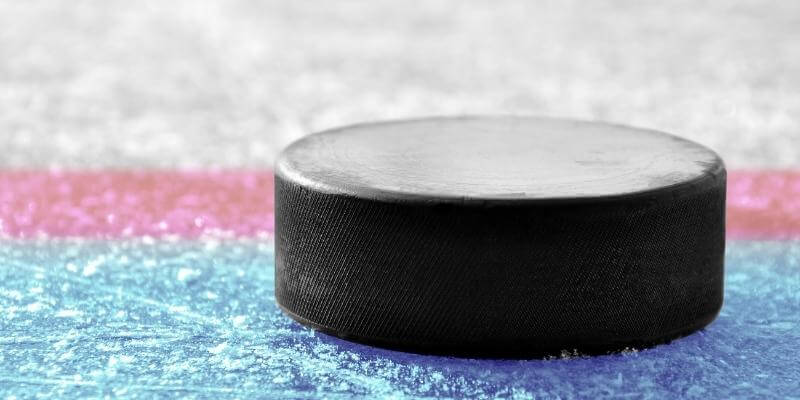 Hockey is a game full of different equipment and objects that are incredibly important in how it’s played. This includes things like skates, sticks, pads, helmets, and many others. But perhaps the most important is the puck. Without it, the game simply could not be played as we know it.

The hockey puck might be one of the smallest objects, but is the entire focus of the game. Both teams try to score as much as possible, and the action of the game always follows the puck. Unfortunately, following the puck isn’t always easy.

The puck looks incredibly small, moves very quickly, and can be hard to keep track of. But just how small are these pucks? Keep reading to find out.

What Size is a Standard Hockey Puck?

The standard size for a hockey puck in an NHL game is 1 inch thick, 3 inches in diameter, and will weigh somewhere between 5.5 and 6 ounces. The dimensions are always the same, but there is a tiny bit of wiggle room in terms of the weight.

Of course, there are other types of pucks out there in all shapes and sizes that can be used for fun, for practice, or to be given as souvenirs. There are smaller training picks, lighter pucks for junior players, and some pucks come in all different colors.

In addition to having different sizes, weights, and colors, some pucks are even made of different materials than standard pucks, such as foam.

What is a Hockey Puck Made of?

Speaking of materials, what are hockey pucks made out of? Well, all standard pucks for game use are made of rubber. The rubber is vulcanized, which essentially means that the rubber is hardened and made more durable.

Trying to play with a rubber puck that wasn’t vulcanized would be a disaster. It would likely bounce all over the ice, and wouldn’t stay in its puck/disc form very well. The game would certainly look a lot different than it does today.

The process for making these game pucks begins by mixing a bonding material of some kind, with granular rubber. This mixture is placed in a mold and then compressed, which forms the puck as we know it. Factories can make thousands of pucks every week that are game-ready.

Also, hockey pucks are generally frozen before a game. This is done to help the puck glide faster and smoother on the surface of the ice, and reduce bounce. If they were room temperature, they would be harder to pass and shoot, and the game would be slowed down.

History of the Hockey Puck

While hockey pucks today and for quite a while have been similar in nature, pucks weren’t always made of vulcanized rubber. In fact, the early pucks were often made of materials like wood and stone. While not ideal, these were the materials readily available to use.

Pucks were originally made in the shape of a square, so these materials would be cut or whittled down into the preferred shape as best as possible.

Other materials like cork have also been used for pucks over the years. There are even rumors that frozen cow dung was once used for hockey pucks before better alternatives were discovered.

Even the first pucks that used rubber are very different from what we play with today. Players would take a rubber lacrosse ball and cut it in half, and then trim the sides to make a square. Then finally, in the 1880s, round pucks began to be used in the sport.

It took a while for the size, weight and shape to be standardized, but this finally took place in the early 1990s. Having a standardized puck ensured that the game was as consistent as possible, and streamlined the manufacturing process.

I hope this guide has helped you not only learn how big a hockey puck is, but also more about this incredibly important part of the game. If you feel I left something out, don’t hesitate to leave me a comment below and let me know.