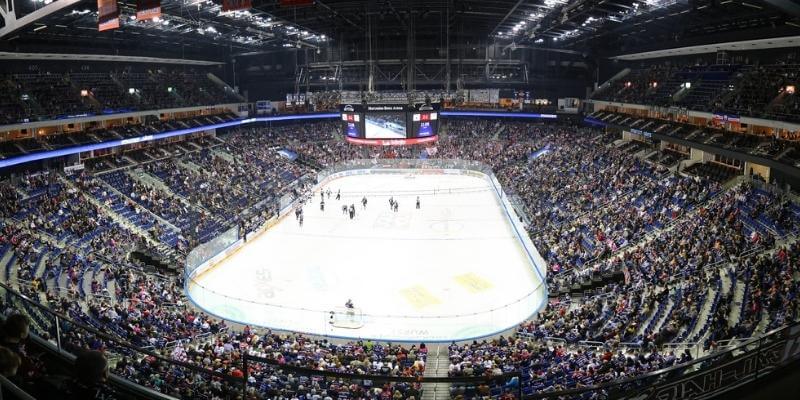 Going to a hockey game with your friends and family is a wonderful experience. Seeing your favorite players up close, and feeling the energy in the arena after a big goal is very exciting. However, if you want to experience this yourself, you need to be willing to pay.

While it varies, I have paid hundreds of dollars for a single game ticket at times. Sure, it is certainly worth it, but those high costs compared to other sports tickets can drive people away. But why are hockey tickets so expensive?

Well, that is exactly what I am going to take a closer look at. Keep reading to learn more about why the tickets can have such high prices, but also how you can find deals.

You are Seeing Some of the Best Athletes on the Planet

First and foremost, one of the reasons these tickets to NHL games are expensive is because you are seeing some of the best athletes on the planet. They are among the best in the world at their chosen discipline, and seeing them in person is truly something special.

These players are paid for their skills and the entertainment they bring to millions, and part of what you pay will go towards paying players. Seeing what they can do on the ice is worth the price of admission, and there is nothing like seeing your favorite player only feet away from you.

As you get tickets for lower-level leagues, you will generally see the ticket prices get cheaper and cheaper. But if you want to see and watch the best, there is a cost in return.

The Arena Experience is Incredible

The experience that fans get in a hockey arena is another reason why tickets are expensive. While going to all sports is fun, nothing compares to a packed NHL arena. The fans get more into it and you feel the excitement pulsate through the space after a big hit.

Hockey also gets you closer to the action, and being up at the glass after a big goal makes you feel like you are celebrating with the team. The goal horn, music and overall vibe of the arena also add to the experience you will have.

Also, following hockey (especially the puck) on a TV can be challenging, and going in person almost always gives you a better viewing experience (depending on your seats, of course). Because the in-arena experience is so good, teams can get away with charging a little more.

The NHL is a Gate-Revenue Driven League

Another reason why hockey tickets are expensive is because the NHL, and many other hockey leagues, are gate-driven leagues. This means that they rely on ticket sales and selling things inside the arena (jerseys, food, and drink) to make a lot of their revenue.

While sports like the NFL and NBA also rely on these ticket sales, it is much less so than the NHL does. These other sports have major TV and broadcasting deals that bring in money for teams and owners that go much beyond the deals that the NHL has in terms of revenue.

So if NHL ticket prices were cheaper, teams would be bringing in a lot less money than they do now. This is part of the reason why many smaller leagues essentially shut down during the pandemic, as no fans meant little-to-no revenue for the leagues.

They Don’t Have to be Expensive

While there are a couple of reasons hockey tickets are generally quite expensive, they don’t have to be. There are indeed some ways you can get hockey tickets for less. One great way is to wait until the last minute to buy tickets.

This can be risky, but there are generally people willing to sell game tickets for very cheap prices right before a game. Even if they need to take a loss, getting something for tickets is better than nothing.

Another option is to buy season tickets. While the cost of season tickets as a whole can be a lot, the per-game price is actually quite affordable in many cases. So if you plan on going to a lot of games, trying to secure some season tickets can be a good idea.

Also, it is a good idea to understand that hockey tickets are often priced based on supply and demand. If a team is good and/or there is a lot of buzz and excitement over them, tickets may be more expensive.

But if the team is bad or the local market isn’t very interested in the team, you can often find tickets very easily and affordably. This is why game tickets may vary a lot from game to game, depending on who the opponent is.

I hope this guide has been able to show you a little more about why NHL tickets can be a little high. While they can be pricey, seeing NHL games live is an incredible time, and I would recommend every hockey fan does it at least once if they are able to.