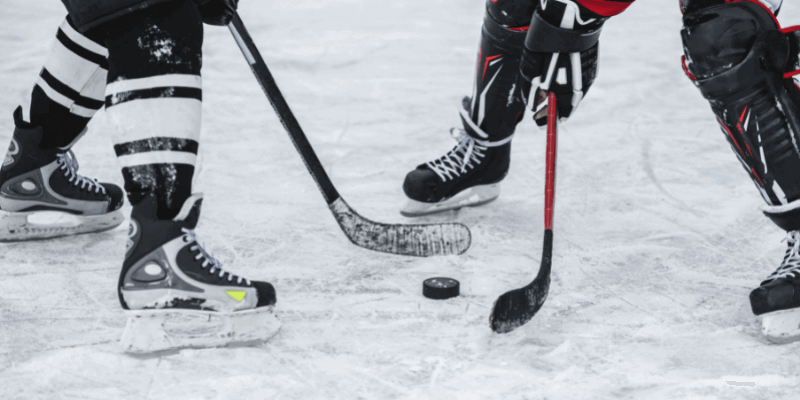 The world loves sports. Everyone loves watching the competition, the athleticism, and the drama. There are hundreds of different sports out there that feature a variety of different strategies and tactics to win.

But of all the sports, none are quite like hockey. For our money, it is the best sport on the planet and has so much to offer those who play or watch it. However, why is hockey the best sport, and what makes it so beloved all over the world?

Read on to find out.

Reason 1: The Games Are Non-Stop Action

One of the best things about hockey is the action. In many sports, there are several stoppages to play that will slow the game down and lead to a lot of breaks. There is certainly action in these sports, but it is split up by the frequent breaks.

In hockey, this isn’t the case. While penalties, time outs and goals will stop the game, that’s about it. Players are moving fast, line changes happen in an instant and there is always something going on to watch.

Another thing to love about hockey is that it is a very physical game. It is full-contact, and the physicality provides players and teams another way to control the game as opposed to simply playing skillfully and with speed.

Also, while not for everyone, the fighting in hockey is certainly unique and unlike anything seen in any of the other major sports. Of course, in addition to the physicality, the game of hockey is still very skillful. Stickhandling, deking, and skating in all directions are hard skills to master.

Reason 3: The Toughness of The Players

While all athletes are tough, few (if any) are as tough as hockey players. They will regularly keep playing after getting pucks to the face, sticks to the face, and body checked into the hard boards. Missing teeth, broken noses, black eyes and everything else are common to see.

Compare that to other sports where players will remain on the ground for minutes after suffering a bit of contact or tripping, and the toughness of hockey players becomes evident. While playing through injury, pain and discomfort is difficult, hockey players will do it day in and day out.

Traditions and superstitions are a part of every sport. However, no sport does it like hockey. Take, for example, the unique tradition of growing playoff beards. It is a near league-wide tradition where players on all teams won’t shave throughout their teams’ playoff run.

Many players may also have traditions like special handshakes with teammates or eating the same meal before every game. Some may also be very odd, such as tapping a stick a certain number of times, skating the same pattern on the ice during warm-ups.

Shaking hands with the opposing team after a playoff series is another tradition that I’d love to see other sports pick up on.

While many sports may take place on a field or a court, hockey is played on a giant sheet of ice. Even the best players and skaters in the world can struggle with their footing at times. This ice makes hockey unlike any other and adds a sense of danger, speed, and excitement.

Players not only need to have skillful hands to shoot and pass the put with speed, power, and precision, but they need to do so while balancing on a slippery sheet of ice on skates while opponents try to hit them. There are few things more impressive than that.

Reason 6: The Speed of The Game is Unmatched

Because the game is played on ice and players wear skates, the speed of hockey is much faster than essentially every other team sport. Players move faster, and even the puck moves faster than most balls in other sports.

There is never a dull moment, and if you blink, you may miss something spectacular. Even if players are only backpedaling or setting up the play, things are very fast. Once things really get going, such as in a rush, players will regularly go over 20 miles an hour.

Reason 7: The Overtime Rules Are a Lot of Fun

Overtime of some kind is a common occurrence in major sports when the game is tied at the end of regulation. However, no sport does overtime quite like hockey. A few years ago, the NHL made the switch to a 3 on 3 overtime period instead of the previous 5 on 5.

This has led to some incredibly exciting and thrilling overtime games, with a lot of open ice for the players to use. If no one scores within this short overtime period, a shootout occurs. In the playoffs, there are continuous overtime periods of 20 minutes until a team scores.

Reason 8: It Is a True Team Sport in Every Sense of The Word

While there are plenty of other team sports out there, they often rely on a single player or two to lead the charge. For example, a single superstar in the NBA can transform a team, while many NFL teams rely on their quarterback, who touches the ball every play.

Sure, there are superstars, but they don’t have as large an impact on team success. In hockey, you need a team that works together well. No one player will be guaranteed to touch the puck on every play, and teams need to rely on a collection of shooters, passers, and gritty players.

A single player cannot simply help his team win a championship like in many other sports. Take Connor McDavid, for example. He has been the best player in the NHL for many years now, but his team has still struggled to make consistent deep runs into the playoffs.

Referees are an important part of all sports, and ensure the game is played by the rules. Unfortunately, many refs end up getting a little too involved in the game. They may call weak fouls in basketball, might miss holding in football and umpires in baseball may miss a strike.

While penalties are called in hockey, refs are generally quite good at letting the players play. Teams have several different ways to play the game that don’t bend or break the rules. They can slow it down with physical play, or speed it up with long outlet passes.

Bad calls will always happen, but it generally takes place less in hockey due to the physical aspects of the game and the looser rules. All of this provides the players more control of the direction a game goes, with the refs playing less of a role in the final result.

Reason 10: The Sport Has More Strategy Than You Might Think

When some people watch hockey, they simply assume it’s a bunch of guys skating around hitting each other. However, the game has a lot more skill and strategy than that. A lot goes into deciding which lines to play at which points of the game, and who put out to start the game.

Do you want to play a line that will match your opponent’s scoring or a defensive one that can shut them down? Teams also need to decide which players work best with others, and lineups are often tinkered with frequently to find the best possible chemistry.

There are also plays that can be run. These might try to get a shot from an area where the opponents’ defense is weak or work to get your best scorer in a more comfortable place. The game has just as much, if not more, strategy involved than other sports. 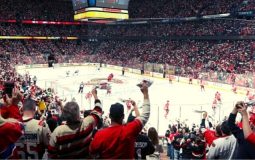 What to Wear to a Hockey Game