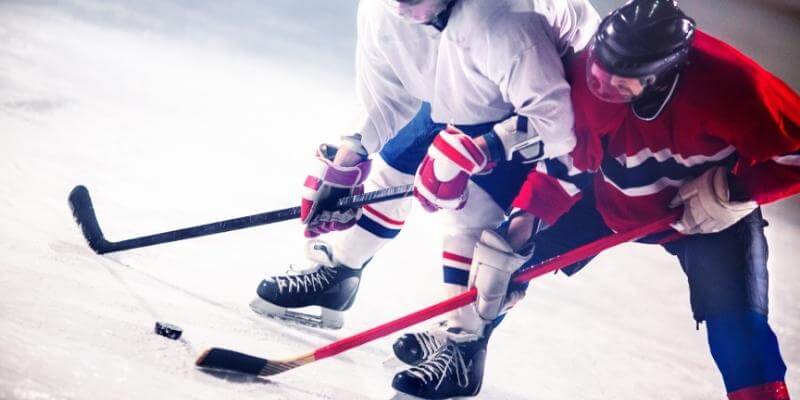 Hockey is full of stats, and as a major hockey fan and stats lover, I am constantly checking them out. One of the most important stats I always look at is +/-, it can give a good indication of player performance and how they help their team score. However, it is by no means a perfect stat.

In this guide, I am going to explain what +/- is, and take a much closer look at it, to help you have the best understanding of it as possible. Keep reading to learn more!

+/- stands for plus/minus and as mentioned, is a statistic that determines how often a player is on the ice when their team either scores a goal or when the opposing team scores a goal. Every player aims to have a positive plus/minus to show that they are helping their team.

In general, every time a goal is scored, each player on the ice for the scoring team will receive +1 and all of the opponents on the ice will get a -1. If a player is on the ice for four of their team’s goals, and one goal against, they will finish with a +3, which is quite good.

However, like most rules, there are some exceptions about when a plus or minus is given to a player. For example, no pluses or minuses are given to either side when a power play goal is scored.

So why is this so important and why do people care about it? This stat is important because it can show how much a player is responsible for the success (or failure) of their teams. It goes beyond other stats to show whether or not players make their teams better.

Stats like points only reward the offense of a player, but the game is about so much more than that. If a player has a high +/-, and they don’t score a lot, it can be a sign of their defensive prowess and their ability to help their team keep pucks out of the net.

It is a solid indicator for looking at the overall performance of a player and breaks down which players have been most important for the direction a team finds itself going.

The Potential Pitfalls of +/-

While +/- is important, some believe that stat has many pitfalls. For example, players will receive a minus if a goal is scored even if they have only been off the bench after a line change for a second, even if they had nothing to do with the goal.

Also, if a goalie lets in a goal that should have been a routine save, it hurts the +/- of every player on his team. Or if a line has one outstanding player, and everyone else is bad, the heroic play of the one player can unfairly elevate the +/- of players who may not deserve it.

So while the stat is good to look at and consider, make sure to remember that it can be distorted because of many situations that are by no means the fault of the individual player. Also, a great player stuck on a bad team can often lead to a +/- that is lower than it should be.

Now that you know and understand +/- and its importance and potential pitfalls, I figured it would be fun to check out some of the best and worst when it comes to +/- in the NHL. The owner of the highest career +/- is Larry Robinson, who had a career +/- of +722.

This is well over 100 higher than the next closest, Bobby Orr. The list of other players with exceptionally high career +/- includes Ray Bourque, Wayne Gretzky, Nicklas Lidstrom, and Bobby Clarke, to name a few.

So while plus/minus is not a perfect stat, the fact that some of the best players ever have some of the highest +/- ever is an indicator that the stat has some value and is worth considering.

Stewart played most of his nearly 10-year NHL career with bad teams and scored only 128 points in his career. The lowest single season when it comes to +/- was the infamous 1974-75 season of Washington Capitals defenceman Bill Mikkelson when he had a -82.

I hope that this guide has been able to help you learn and understand more about +/- and the impact it has on the game. If you think I missed adding some information, or you have a question for me, don’t hesitate to leave me a comment below!