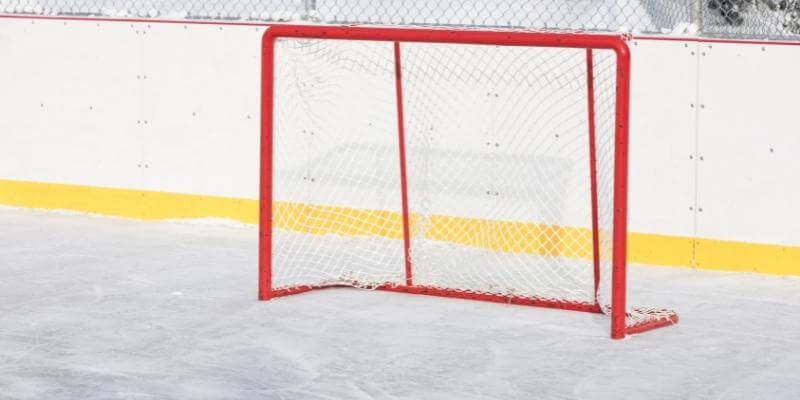 A goalie plays a very crucial role in the game of hockey. Without them, your team would surrender dozens of goals in a single game. They are your last line of defense and ensure your team can stay in the game.

However, if you have ever been watching a game, you have certainly seen a time where a goalie skated off to the bench and left their net completely unprotected.

Why would they do that? What sort of reason would a goalie have for leaving the net wide open for the opponents to score? This article is going to go over the reasoning for a goalie leaving their net, and the type of situations that might call for this to happen.

Why Goalies Leave Their Net Empty

If a team decides to put their goalie on the bench, they are allowed to have another skater join the team on the ice. This can be any player but is often a forward.

As a result, when a goalie leaves their net and goes to the bench, they do so for another forward or defender on the ice. This gives them six skaters vs. their opponents five, as their goalie is still between the posts, which should give them an advantage on offense.

Situations Where a Goalie Will Leave Their Net

So now you know that the reason goalies leave their nets is to allow for another skater to join the game, but what sort of in-game scenarios call for this to happen?

The most common time for a goalie to leave their net is at the end of the game when their team is down a goal or two.

If the game is nearing a close, and a team desperately needs a goal, they will often pull their goalie to gain an extra attacker. Having an additional forward can put more pressure on the opponents, and can often make it easier to score goals than if you simply had five skaters.

While this leaves a team susceptible to getting a goal scored on themselves, this generally isn’t a worry for teams. A loss by two goals is essentially the same as a loss by one, so why not try to give yourself the best chance to score at the end of the game when you need it most.

Another reason a goalie will leave their net in favor of another forward is during a delayed penalty.

As a result, there is no risk of a goal being scored, unless your team passes the puck back into your own net. So teams will often pull their goalie to get an extra man advantage during these delayed penalties in hopes of getting a quick goal.

While these are generally the only two times a goalie will fully vacate their net, they may leave the crease for other reasons. Many goalies may play the puck behind their net, or may go out of the crease and challenge a player on a breakaway to make scoring a goal more challenging.

Also, from time to time a goalie will leave his net to join in on a fight or to defend his teammates, too. However, this is generally quite uncommon.

I hope that this guide has been able to help you learn a little more about why goalies will leave their nets at certain points in a game. Do you have any additional questions or concerns about the empty net? If so, let me know in the comments below.