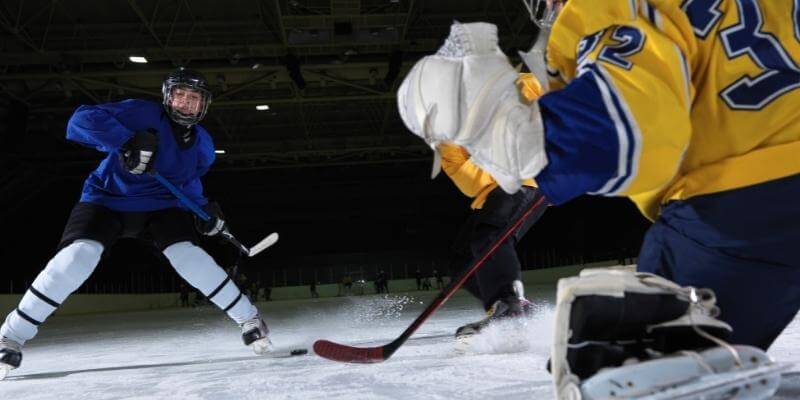 If you decide to check out hockey statistics or standings to get a sense of what is happening around the league, you will be bombarded with different abbreviations and letters. One stat you have likely seen in your search is GP.

This number is often the same for different teams and players, but what does it mean? Keep reading to learn more about GP, such as its meaning and its importance.

The Meaning of GP

GP stands for games played and is simply a way to track how many games a player or team has played. It is very simple to track, as if a player suits up to play for their team, they earn an additional game played.

You can look at GP for a given season, for a career, or even break it down and look at different ranges of years. While it might not be as interesting or in-depth as other stats, it still plays a very important and underrated role.

GP for players is a very interesting stat and is perhaps one of the best ways to judge the consistency and longevity of a player. If a player plays most of his team’s games every year, he is often more reliable than the player who frequently needs to sit out.

If a player can reach multiple hundreds of games played in the NHL, it is very impressive that they were good enough to secure a role on a team for a very long time. GP can show how instrumental a player was to team success, too.

Also, if you are looking at the scoring stats of a player, it is crucial to look at how many games a player has played. For example, if you simply look at points scored, a player who scored 1,200 points in their career will look much better than the player that scored 800.

But if the player that scored 1,200 points took 1,200 games to do it, and the player who scored 800 did so in only 500 games, most would say that the second player is the better and more talented of the two.

If you are going to look at other stats to judge the performance and skill of a player, GP is one that can add some much-needed context to the scenario.

Just like the GP stat can be tracked for players, it can also be tracked for teams. This stat helps fans keep track of how many games played a team has at any given point of the season.

In particular, this stat is great for making more sense of league standings during the year. When a team is ahead of another team in the standings, it is immediately implied that the team is doing better.

However, if a team has played more games than another, it is reasonable to assume that they will be higher. This is why simply skimming the standings might not give you the full story of that season.

So if you are looking at standings and trying to judge which team is in the best position, don’t only look at their total points. Looking at how many games it took them to get that many points is also a good idea.

GP has been tracked for a long time, and some very interesting GP-related stats exist out there in the hockey world. One such stat is the most games played in a season. While each team only plays the same number of games in a season, some players have played more.

If a player is traded during a season, there is a chance that they could play more than the 82 (or 84) games. Because of this, the record for games played in a single NHL season is 86, which has been achieved by both Jimmy Carson in 1992-93, and Bob Kudelski in 1993-94.

But if you look at an entire career, no one has more games played than Patrick Marleau. Throughout his career, he has played in an incredible 1779 games. He was drafted back in the 1997 draft and has played for nearly 25 years as a pro.

I hope this guide has been able to help you learn more about GP in hockey, and what the importance of it is. If you feel some things should have been mentioned in this article but weren’t, feel free to let me know in a comment below.