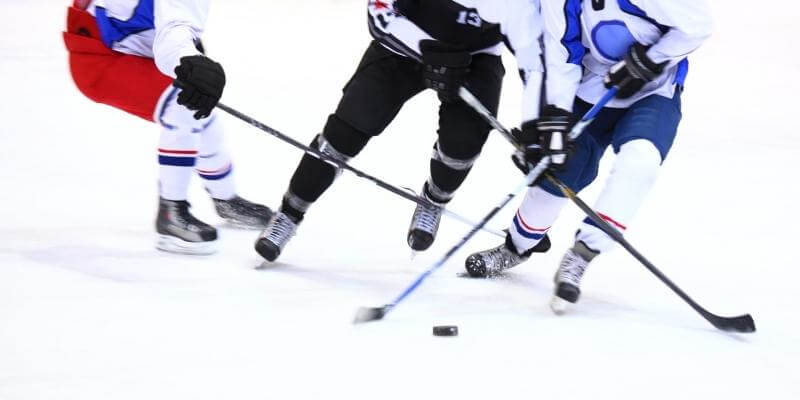 Line changes are among the most important parts of a hockey game. They help teams keep their players fresh, and can be very strategic in nature as well. Matching your lines against your opponent and trying to beat their strategy can be instrumental in winning the game.

If you have seen an NHL game on TV, many of the line changes look very chaotic and random. Players constantly hop over the boards and join the play, while others head to the bench for a break.

While it might seem like a free-for-all of players leaving and going to the bench, there is actually a system behind it. With that in mind, this guide is going to help you learn more about line changes in hockey, including how they work.

The Breakdown of Lines in Hockey

Before we look at line changes themselves, it is important to know how lines work in the NHL and many other hockey leagues around the world. Each team has four lines of forwards and three lines of defenders. Each defender pairing is simply made up of two defensemen.

Teams and coaches spend a lot of time working on lines that make the most sense and have the best chemistry. Having three forwards who score that puck on a single line doesn’t make as much sense as a scorer, a playmaker, and a two-way forward sharing a line.

Coaches take into account personality, playstyle, position, size, and speed when determining their lines, and these lines can often change on a nightly basis. Each line generally plays for around 45 seconds to a minute before making a change.

This is to ensure the players stay fresh, and don’t get too tired after playing too much. Players can play at a very high intensity for this short period, but any longer could be challenging. When a line gets tired, they return to the bench and a fresh line comes out.

In general, there are two different kinds of line changes. The first is line changes that occur during play. Changing on the fly like this is crucial to maintain the flow of the game. Of course, while these line changes happen very quickly, there is a method to the madness.

Most teams will switch out their entire lines at once, and line changes often happen when the puck is in the opponent’s end. Changing lines while defending your net is a bad idea and can allow opponents to score goals, as they have to contend with less defense.

Players are allowed to change at any time during play, but since each team can only have five players on the ice, a player needs to be within a few feet of the bench before their replacement can go on the ice.

Also, every player will normally only switch out with someone who plays the same position. For example, the left-winger on the next line will only step on the ice once the current left-winger has come off.

This helps keep track of everything, keeps lines together, and ensures that teams don’t get called for a “too many men” penalty. It is up to the coaches to ensure everyone on the bench knows which line is up next, so they can be prepared.

Line Changes During a Game Stoppage

The other type of line changes occur after a whistle and during a game stoppage. After most stoppages in play, both teams will get a chance to choose the line they want to enter the game.

Each team only has a short bit of time to make line changes to keep the flow of the game in a good spot. If they took too long to change lines, the stoppages and games would be much longer and this would take away from the incredible pace that hockey has.

However, the home team always gets the “last change”. They get to see who the away team is putting on the ice after a stoppage, and can respond with the lineups that they think make sense. This provides a strategic advantage and allows a team to get the matchup they want.

Also, there are some situations where a team won’t be allowed to change during a stoppage, such as if that team has iced the puck. Icing keeps the offending team on the ice and allows opponents to bring out fresh players for an advantage.

I hope this guide has helped you learn a little more about line changes in hockey, and how they work. If you feel I left something out that should have been mentioned, don’t hesitate to let me know in a comment below!