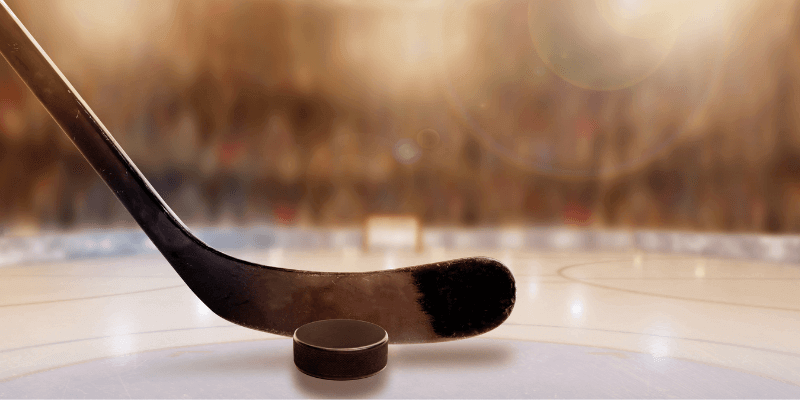 One of the most important pieces of hockey equipment for a player is a hocky stick. It allows them to pass, to score, to support themselves, and even assist them in stealing the puck away from the opponent.

Over my many years of playing and watching hockey, I have seen countless types of sticks be used by pros and amateurs alike. Some sticks are aimed at helping people pass and shoot with power, while others are designed more for control and maneuverability.

But at their core, all sticks are designed in a similar fashion. They have a knob, a shaft, and a blade, all aimed at providing great durability and performance. From there, sticks may have different finishes, flexes, weights, and blade shapes and curves.

But what materials are these sticks actually made of? Well, that is exactly what this blog post is going to look at. Read on to learn what hockey sticks are made of, as well as the benefits that each type of stick can provide.

Dating back to the origins of the sport, ice hockey sticks were always made out of wood. Some of the first sticks were made from the ironwood trees of Nova Scotia, but since then, all different types of wood have been used for sticks.

While the sticks all began as one solid piece of carved wood. By the 1920s, two-piece sticks were common that saw a glued joint between the wooden blade and wooden shaft. Eventually, three-pieced wooden sticks also became popular.

Wooden sticks were the sole options available from the time hockey was invented, up to about the mid-1900s, when newer technologies became available. It was around that time when wooden sticks began to be coated in woven fiberglass.

Despite newer materials and technologies for sticks coming around in recent years and decades, many people still prefer wood sticks. They offer a great and natural puck feel, and many love the sound they make and the nostalgia they provide.

However, most pros and serious players have moved past wooden sticks as they can be quite heavy, and simply do not offer the durability and performance that modern options can provide.

After wood, sticks containing aluminum were the next to appear. They had been around for a while but really became popular after Wayne Gretzky got endorsed and began using one in the 1990s. The blade was still wooden, but the shaft of the stick featured aluminum.

The main benefits of aluminum had to do with strength and durability, as the material is essentially indestructible, while also being quite light. It would be quite rare to see an aluminum stick break, even at the pro level.

The blades of these sticks could also be replaced very easily as the shaft was so strong, so a stick could last a player a very long time.

However, by the end of the 90s, aluminum sticks fizzled out of popularity and were largely replaced by composite sticks. While these sticks were as durable as they come, they simply didn’t offer the performance of other options.

By far the most popular and common hockey sticks on the market today are made of composite material. Composite sticks are often made of a variety of materials such as fiberglass, kevlar, and titanium. However, the most popular material is carbon fiber.

These were originally used in the 1990s, and have continued to be the standard for three decades, although their construction, quality, and features of the sticks have obviously improved drastically over the years.

Sticks today often feature a combination of these materials to achieve the best results on the ice. Carbon fiber provides sticks with a lightweight feel and helps them look incredible, while things like kevlar can aid in making the stick more durable and strong.

Composite sticks are also more flexible, which allows for them to have better performance on the ice. Being able to flex the stick allows for more energy transfer, to make shots and passes more accurate and fast.

All of these benefits are the reason why just about every professional hockey player you see will be using a composite hockey stick. A major downside of composite sticks comes down to their fragility. While the flexible shaft helps on the ice, these sticks are also prone to breakage.

As you can see, sticks can be made from a variety of different materials. Each offers its pros and cons, and everyone has their favorite.

Do you know of any hockey sticks created from materials not mentioned in this article? If so, let me know about them in a comment below!