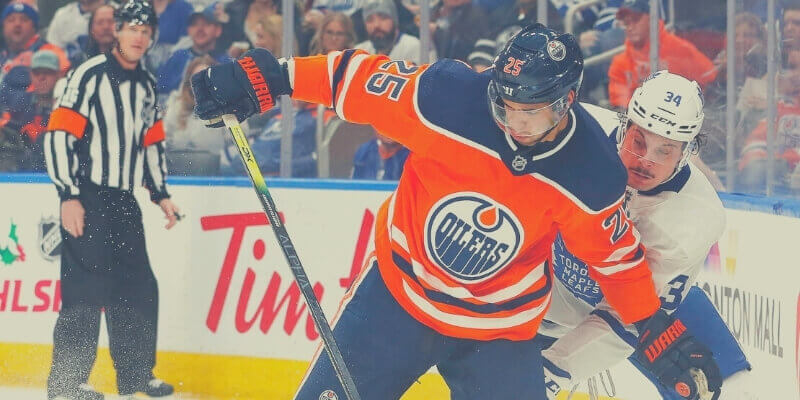 Hockey is without a doubt one of the most physical sports out there. There is a lot of contact and a fair amount of chirping and fighting. Over the years, I have seen countless players spend a couple of minutes in the sin bin for breaking the rules of the game.

When it comes to tracking penalties, the NHL and many other leagues use the acronym PIM. PIM stands for penalty infraction minutes and represents the total amount of time that players have spent in the penalty box during a game, season, or career.

These penalties give players a chance to cool down and reward the opposition with a man advantage as a result of the opposing team breaking the rules.

The History of Penalties

Penalties have long been a part of hockey in the NHL and other leagues around the world. In the 1917-18 debut season of the NHL, players could either be penalized for three or five minutes. However, teams didn’t play shorthanded as only the player was taken out of the game.

The next season, the rule was amended and teams were forced to play a man down. Over the years, new changes were made such as lowering a minor penalty to two minutes, penalty shots, and the ability for a penalty to end in the result of a powerplay goal.

Of course, before the NHL was established other hockey leagues that date back to the late 1800s also had infractions that individuals and teams would be penalized for.

The Different Types of Penalties

Now that you know a little more about PIM and its history, what sorts of things are players doing to earn these PIM? Well, there are a couple of different types of penalties that can be given out. First of all, there is a minor penalty, which is two minutes.

Examples of minor penalties include roughing, tripping, hooking, and interference, just to name a few. If a minor penalty draws blood or is seen as overly egregious, a double minor penalty can be given (four minutes).

Next, you have the major penalties. These are more severe and will see players sent to the penalty box for five minutes. These infractions include fighting, boarding, spearing, checking from behind, and others.

There are also match penalties, which are given when a player intentionally tries to injure another player. These are five minutes as well, but the offending player is also kicked out for the rest of the game.

Finally, the longest penalty that can be given is misconduct, and it is ten minutes. However, unlike the other penalties, teams aren’t forced to play shorthanded when someone on their team receives a misconduct penalty.

How Many PIM Do Players Get?

So just how often are players penalized in the NHL? Well, in the modern days, the answer is not very often. The style of the game has become much less physical, and fights and other infractions are relatively infrequent today.

A vast majority of players in an NHL game will get no PIM, while a few players might get a minor penalty or two. Every now and then fights and misconducts will occur, but players rarely enter the double digits in PIM in games anymore.

However, that wasn’t always the case. Decades ago, games were much more physical, and a ton of PIM was common. As a result, it is no surprise that most of the most penalized seasons in the NHL took place decades ago.

The player with the most PIM in a single season in the NHL is Dave Schultz. He amassed a whopping total of 472 PIM back in the 1974-75 season. He played 76 games that season, which means he averaged over six PIM each game.

Not All Infractions are Penalties

With all this talk about penalties, it seems like a good time to bring up the fact that not all infractions are penalties. Plenty of rules get broken in the NHL that don’t lead to either team having to serve any time in the penalty box.

This includes icing, offsides, hand passes and when the net comes off of its posts. In these situations, the games will simply stop and be resumed with a faceoff at the appropriate part of the ice.

I hope this guide has helped you understand a little more about PIM as well as the penalties that lead to them. Are there other facts about PIM that you feel I should have included? If so, let me know in the comment section.