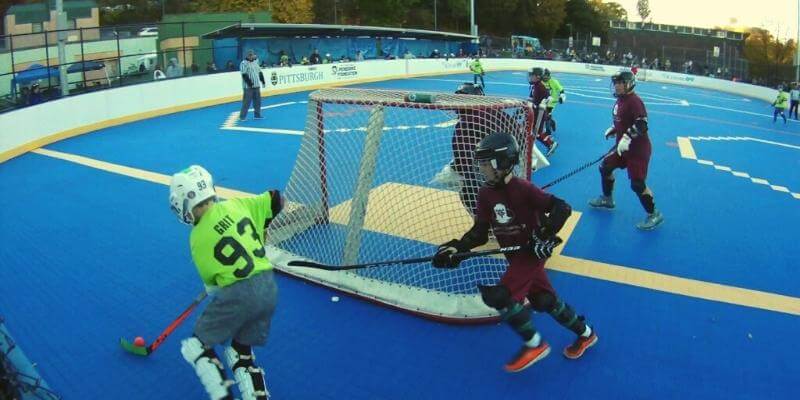 One such type of hockey that isn’t played on ice is called dek hockey. This guide is going to take a closer look at dek hockey, its rules, how it is played, and so much more.

Dek hockey is a type of hockey in which players play in their shoes instead of skates, and use a ball instead of a puck. It is a fast-paced game that is played on a blue-tiled court instead of concrete for better injury and pain prevention.

It is called dek hockey because of the tile-lined sports court it’s played on, which is often called the dek. The game is no-contact, and players try and use their skill and ability to put the ball in the back of the net.

The term is often used interchangeably with other sports like ball hockey/street hockey, but there are a few differences, which we will talk about in more detail later. It is a very fun sport, and is often much easier to get into and learn than ice hockey, because there are no skates.

What are the Rules of Dek Hockey?

The rules of dek hockey are not all that different from other types. Like traditional ice hockey and various other kinds, the main goal of the game is to score more goals than your opponent. This is done through passing the puck around and eventually getting a good scoring chance.

In most cases, dek hockey games feature three 15-minute periods, with a short intermission between each one, though different leagues might have slightly different timing rules. Overtime is usually sudden death and the first team to score will win.

Dek hockey is a non-contact sport, so referees are always looking for contact and will not be afraid to call a penalty if it occurs. In general, you will see the same penalties called in dek hockey that you will in ice hockey such as hooking, interference, tripping, etc…

These games can be played 5 on 5 like traditional ice hockey, but it is often more common to see 3 on 3 or 4 on 4 games due to the slightly smaller size of dek hockey rinks.

But since then, the rinks have become smaller and there are various different sizes and types out there. 3 on 3 games are often played on a rink that measures 100x50ft, and 4 on 4 games play best on a 120x60ft rink.

The Equipment for a Dek Hockey Game

Like ice hockey and most other types, there is a lot of equipment required to play dek hockey safely. While the game isn’t quite as fast paced as on ice, and there is no contact, injuries can still occur so it is always important to be safe.

As far as protective gear, players will normally wear a helmet, shin guards, and gloves. Things like shoulder pads, hockey pants, and other bulky items aren’t often needed, as there is no contact and players aren’t reaching the same high speeds that they would on ice.

The hockey sticks used in dek hockey are normally plastic as they often perform better on the specific tiled surface. If you want to use a wooden stick, you need to be sure to tape it up well to ensure it doesn’t get stuck on the surface and become damaged.

Also, instead of skates or roller blades, players will play on their shoes. This limits the speed of the game, but it is still full of action and excitement. A ball is used, and it is generally orange and features a hard outer shell, and normally a liquid interior to prevent the ball from bouncing.

As mentioned earlier, dek hockey is a term often used interchangeably with ball hockey and street hockey. All are played with a ball and on a surface other than ice, but there are also subtle differences between the two.

Of course, with street hockey, the space you play can vary depending on the location you choose to set up the nets. In some cases, people will also play street hockey or ball hockey on inline skates, not shoes.

I hope that this guide has helped you learn more about the wonderful sport of dek hockey. If you feel there are some things I missed that should have been mentioned, don’t hesitate to leave me a comment below and let me know! 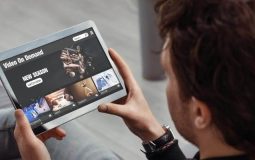