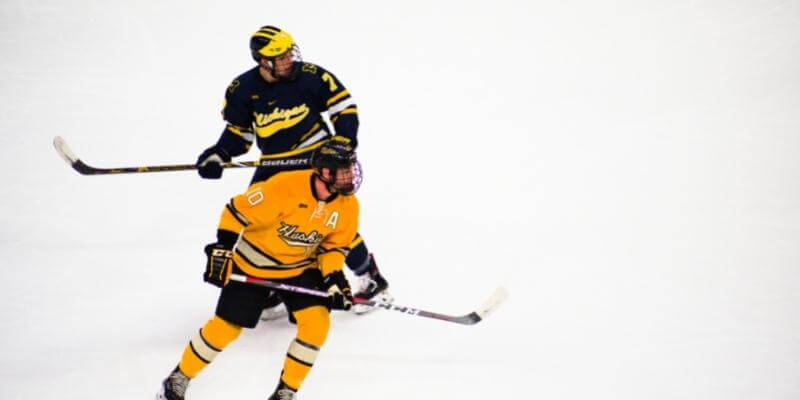 When it comes to positions in hockey, few get as much attention as the wingers, and rightfully so. They play a very important role on the ice, score a lot of goals, and are often some of the best players on their teams.

While both sides deserve a lot of praise when it comes to wingers, today we’re going to be looking at left wingers in particular. Some of the best players in the world today are left wingers such as Alex Ovechkin, Artemi Panarin, Brad Marchand, and many others.

It is a very fun position to play, as you are very involved in the offense of your team, and help generate a lot of scoring chances. But how can you go about best playing the position? What should you do as a left winger to ensure you can help your team the best?

Well, if those are questions you have, you’re in luck. Continue reading this guide to learn more about how to best play left wing in hockey.

1. Get in the Right Position

Just like with every player on the ice, positioning is crucial if you want to have success as a left winger. Being in the right position puts you in the best place to score goals and ensures you are open for passes and can make the right moves on the ice.

As a left winger, you will primarily play on the left side of the ice. On offense, you will normally reside in the corner looking to win the puck, or in the faceoff circle looking for a pass or to pounce on a rebound.

If the puck is in the other corner or on the other side, you should be moving around the front of the net, ready to receive a pass or take away a pass that the opponent may be attempting to make.

If you want to learn more about the offensive responsibilities and positioning for left wingers, make sure you check out this video.

2. Know Where to Go on Defense

While the left winger is in a forward position and is generally regarded as offensive, they still need to play defense. The biggest part of successfully playing defense as a winger is knowing where to go and when you should be there.

You will generally be responsible for shutting down one of the opposition defenders when on defense, and be looking to block passes and shots, while also trying to regain possession of the puck.

If the defender you’re covering doesn’t have the puck, stick in your zone and do your best to block the passing lanes to them. Never abandon your zone to chase another player or the puck (at least in most cases) as it could leave a player completely open.

Left wingers generally want to stay relatively high in the defensive zone, to put pressure on the defenders and so that they can be ready to receive breakout passes if their teammate regains the puck to start the offensive rush down the ice.

If you want to see a visual representation of defensive coverage for wingers, be sure to check this video out.

3. Work on Your Shot

As mentioned earlier, one of the biggest responsibilities of a left winger is to score the puck. As a result, a big part of successfully playing left wing is developing a great shot. The better your shot, the more you will score, and the more opposing teams will have to focus on you.

While a hard shot is important, you want to primarily focus on your accuracy. Most left wingers will be taking shots from relatively close to the net, and thus you need to be able to pick the right spot to beat the goalie.

Work on perfecting your wrist shot and snapshot, and make sure you can accurately hit your target. The best way to work on your shot is simply practice and repetition. If you take enough shots, you will soon be better able to control it and aim it exactly where you want it to go.

Awareness is key when playing left wing. You will need to be constantly looking for openings to receive passes, and always be moving to catch opposing defenders off guard. You need to keep your head up and be very aware of the play developing around you, and where players are.

This is especially true in the neutral zone, as you need to be ready to receive a pass or find the open man if you are the one bringing the puck up the ice. Always be on the lookout for openings and potential weaknesses in your opponent’s defense, too.

The left winger is a critical position in hockey, and I hope this guide has helped you better understand how to play it. If you feel I left something out, or you have an idea you would have liked me to cover, don’t hesitate to leave a comment below and let me know. 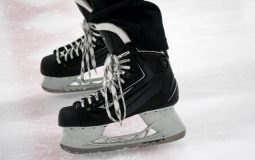