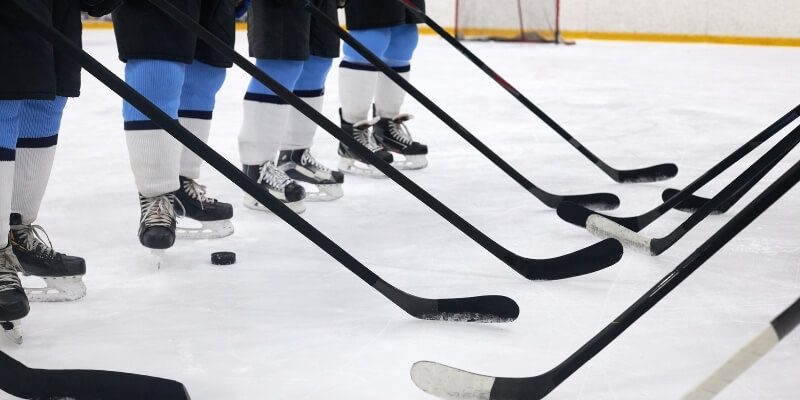 Few pieces of equipment are as important to hockey players as their sticks. Without it, playing the game is impossible as you won’t be able to shoot, pass, or even take the puck away from your opposition.

Hockey players will often have their favorite stick that performs the best for them and feels the most comfortable in their hands. But with hundreds of different options on the market from a variety of providers, which should you go with?

Having used a variety of different equipment over the years, I can tell you how important it is to get the right gear to ensure optimal performance. As a result, be sure to do your research and find the right stick for your needs.

This guide is going to go through some of the things to consider when deciding which hockey stick to purchase and use to ensure you can play as best as possible.

1. Size of the Stick

The size and length of a stick is perhaps the most important thing to consider in your choice of a hockey stick. Trying to play with the wrong-sized stick can be painful and hurt your ability to play well. Stick sizes come in youth, junior, intermediate and senior.

Everyone has their own preference in terms of stick size, but in general, your stick should come up to around your nose when it is placed on the ground and held up in front of you. It can be as high as your brow, and no lower than an inch or so under your chin.

While your size is an important part of choosing your stick size, so is your position. If you are a skilled player who thrives on quick stickhandling, crisp passes, and fast wristers, you generally want a shorter stick, to make all of this easier.

But if you are a larger defensive player, a longer stick can help you shoot more powerful shots from the point, and allow you to better block shots and disrupt opposing players’ dekes and movement.

The kick point of a stick is the point where it flexes and bends the most, and is responsible for generating the velocity that allows you to put the puck in the back of the net. In general, there are three types of kick points which are low, mid, and high.

Different types of players will prefer a different kick point. A high kick point is great for players who shoot clappers from the blue line and love to generate power. Low kick point sticks are often preferred by those who want a quick release and rely on their speed during the game.

A mid-kick point is a healthy medium and is great for a versatile player who wants a stick that can perform all over the ice.

You also need to think about the flex of a stick, which is how much it will bend when you apply force and push on the shaft of the stick. Each stick has a flex rating, which is equivalent to the amount of pressure in pounds that it takes to flex the stick an inch.

These ratings can range from in the 30s, up to well over 100. The higher the flex, the stiffer that the stick will be. As a player gets older and larger, they will generally want a higher flex on their stick.

If the stick flexes too much, it can lead to broken sticks and shots that don’t go where you want, but a stick that doesn’t flex enough won’t generate enough power. The right flex differs for different players, but starting at about half your body weight is a good idea.

While most hockey sticks will look similar to the naked eye, each will have a slight difference in terms of their blade. The blade lie can be different, as well as the curve of the blade. While they might seem small and unimportant, blade curves can change a ton about how a player plays.

Some players prefer a flat blade for keeping shots low and getting more power, while others like a deeper curve that allows them to raise the puck easier for saucer passes or high shots. This is an underappreciated thing to consider, but one that you need to think about.

While professionals will go through several different sticks in a season and don’t need to worry about breaking them, the same likely can’t be said for you, as you have to buy every stick with your own money. As a result, you need to ensure you choose a relatively durable stick.

This will ensure you can use it for several games, if not a full season without having to worry about it breaking or showing signs of wear. Hockey sticks can be expensive, so you want to make sure that they can last.

Most sticks today are made of composite material, but each stick can differ in terms of what goes into making it. They can include carbon fiber, Kevlar, graphite, fiberglass, and others. Be sure to find one with a good reputation for being long-lasting and strong.

All of these aspects are crucial to think about when choosing a hockey stick to use. I hope this guide has been able to help you learn what to look for. If I missed anything important that you feel should have been included, let me know in a comment below!