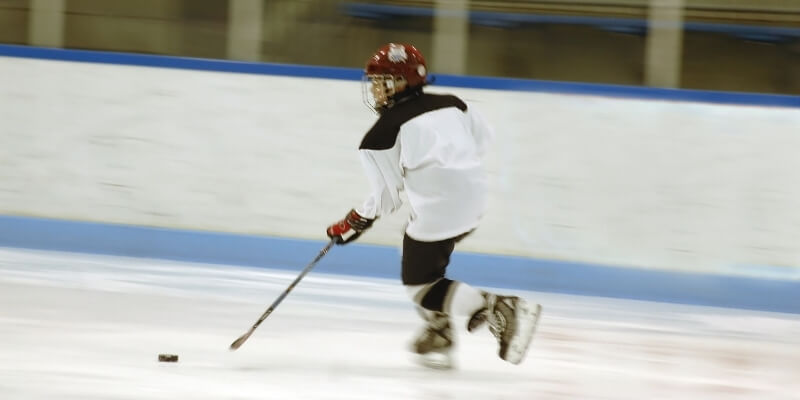 Few sports are as fast-paced as hockey. While there are ways to slow down quick players like hits and holds, there is no doubting that speedy players have an advantage on the ice. But just how fast do these players actually skate?

While it varies, NHL players can often reach playing speeds of between 20-30km/h, with some capable of speeds much higher than that when skating hard for a loose puck. As you could imagine, younger players and amateurs will skate quite a bit slower.

Keep reading to learn not only how fast hockey players can skate, but also the benefits of speed on the ice and how players can work on their speed to become faster.

How Fast do Players Skate

During the game, NHL players will often skate between 20-30 km/h moving up and down the ice playing on offense or backchecking. Of course, the game situation can dictate how fast a player will go. Some players can get close to 40km/h when they have a ton of open ice and space.

Smaller players in skill positions will generally be faster than larger players, though there are some athletic freaks out there who are both quick and physically imposing. Players have generally become faster over time, as well.

This is partly due to better nutrition, but also has to do with things like better equipment, better technique, better exercise plans, and more.

The Benefits of Skating Fast

Achieving high levels of skating speed can be very beneficial for players at all levels of hockey. Being able to skate fast allows players to beat their opponents to the open puck, outskate defenders on offensive possessions and catch up to opposing players to stop a goal.

In addition to straight-line speed, being an agile skater is also very important. Being able to shift quickly from side to side and come quickly out of turns can help players beat others who might be a little more sluggish.

It is hard to contend with top-level speed, and these players are often tripped, held, or slashed to try and slow them down, which will lead to a powerplay for their team.

So now that you know how fast hockey players can skate, who are the fastest NHL players? There has been some incredible speed on display in the NHL for decades, but currently, some of the fastest are Connor McDavid, Dylan Larkin, Mathew Barzal, and Nathan McKinnon.

There have also been some real speedsters that have played in the past, too. Mike Gardner, Pavel Bure, and Paul Coffey are just some of the many legends who impressed fans worldwide with their speed.

There is also a fastest-skater competition held annually that measures skaters’ speed around the ice. This was won by Barzal in 2020 but by McDavid the three years prior, which is why many feel he is still the fastest.

How to Skate Faster

There is no doubt that speed is an important part of hockey for many players. But even if you aren’t the fastest skate right now, that doesn’t mean you are destined to be slow forever. There are several things you can do to improve how fast you skate.

One of the most important aspects of being a faster skater is your lower body strength. You need to do squats and other exercises that target your hamstrings, quads, calves and other leg muscles. Sprinting and running is also a good way to work on your speed on the ice.

Working on your technique is also crucial. While you might think that short and fast strides lead to more speed, this isn’t often the case. Powerful strides with your skates generate more energy and propel you forward at greater speeds.

Also, getting the right skates can make all the difference. They should be the right size, have good ankle support, and ensure you can push off well to generate as much speed as possible.

As you can see, players can skate pretty fast when they need to. Skating fast provides many benefits on both the defensive and offensive sides of the puck and is a skill that is easy to work on. Let me know below how fast you skate and what you are doing to improve your speed.