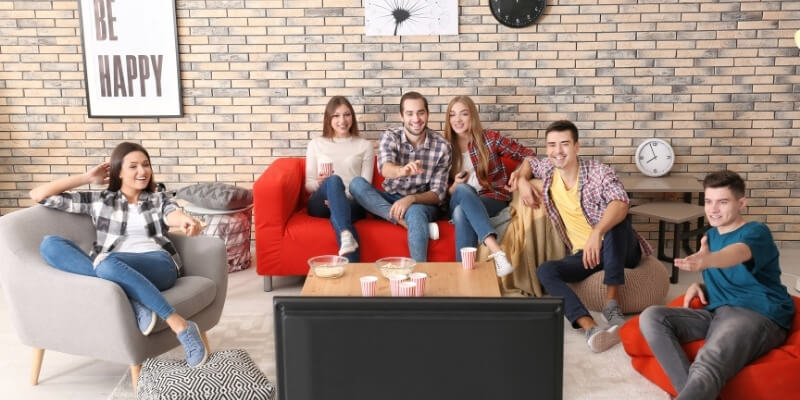 While we all love to play hockey, there will be a time where we need to take a break. Thankfully, you can still enjoy the sport without being on the ice by playing hockey video games, reading hockey books, and even watching hockey-related content.

As a longtime hockey fan for numerous decades, I have seen my fair share of hockey-related media and content. In particular, there are several amazing documentaries about the sport that are worth a watch.

Whether you want to learn more about the sport, a specific player or even know what life in the NHL is like behind the scenes, these documentaries can help you do just that. Keep reading to learn about some of the best hockey documentaries you can watch today, in no particular order.

Ice Guardians is a documentary that focuses on the enforcers in hockey. These are the players that fight, make big hits and get under the opponents’ skin. This documentary shines a light on some of the toughest and most misunderstood hockey players and the struggles that they face.

Fighting in hockey is a hotly contested subject, and this documentary gets right into the middle of it. While it offers support for fighting as a better option than more potentially violent incidents, it also covers the anti-fighting side of things as well.

It talks not only to players but also members of the media, coaches, and doctors, too. It is an excellent watch for those who want to learn more about the role of fighting in hockey and the enforcers participating in them.

April 6th, 2018 will forever be known as one of the darkest days in hockey history. This is the date when the Humboldt Broncos team bus got into an accident that led to the tragic deaths of 16 individuals, many of whom were players.

This documentary takes a closer look at the event itself, but also how the hockey world came together to mourn, show their support and heal. Millions from all over the world showed their support for those impacted.

This has a particular level of importance to me as I grew up only a couple of hours away from where the crash occurred. While this isn’t an easy documentary to watch at times, it pays tribute to the victims and shows just what the hockey community is capable of if we come together.

If you want to gain a better understanding of the history of hockey, this is the documentary for you. This 10-episode television documentary series dives deep into the origins of hockey, and how it has transformed into one of the largest and most popular sports on the planet.

With each episode being around an hour, there is a ton of information and content to digest and take in. It gets very detailed and is perfect for the individual who wants to learn all there is to know about hockey.

Even if you think you know the history of this beautiful game, this documentary series will surely have some facts and tidbits of information that are completely new to you. It is a very captivating and exciting documentary series, but also one that educates the viewer the whole way through.

This documentary takes a look at the Soviet Union’s men’s hockey team ahead of, and after, the 1980 Winter Olympics. The story looks at the team themselves, their coaches, their trials and tribulations, and the brilliant coaching strategies and plans put forward by Anatoli Tarasov.

The revolutionary strategies and tactics he used changed the sport and the future of Russian hockey. The doc also takes a closer look at how the NHL began to entice Russian/Soviet players to come to the NHL.

Pond Hockey is an incredible documentary all about the evolution of hockey over the years. It also dives into the changing culture of the sport and has many interviews with past NHL stars to add some star power.

As you could expect from the title, the documentary does focus a lot on pond hockey, which many believe is one of the purest forms of the sport. It takes a closer look at the U.S Pond Hockey Championships (and follows two teams in particular) and is full of beautiful scenery.

It strips away all of the commercials and media that surround hockey today, and looks at the sport in its purest form, going back to its roots.

While an older documentary, it is still worth a watch. Networth takes a look at Detroit legend and 4-time Stanley Cup winner Ted Lindsay. It goes through many of the challenges he faced while attempting to create the first NHL player’s association in the 1950s.

Lindsay and other like-minded players felt that they were being undervalued and the owners were being greedy and unfair and that players deserved better compensation. This movie looks at his journey, the pushback from owners, and is very enticing and educating from start to finish.

The documentary does a great job at showing a different side of hockey and shows the troubling problems that existed throughout much of the early history of the NHL in terms of players simply not being properly valued.

If you ask people who the best player in history is, most will tell you, Wayne Gretzky. He was a generational talent and has his name etched across the record books. Despite that, on August 9th, 1988, he was traded. Trades happen, but rarely with the consensus best player on earth.

Despite being only 27 and still, in his athletic prime, Gretzky was traded from the Edmonton Oilers to the Los Angeles Kings in a deal that shocked the hockey world. The deal hurt most of Canada (especially the city of Edmonton) as their pride and joy was shipped to California.

On the other hand, it raised the profile of hockey in the USA and instantly turned the Kings franchise around from one that few people cared about, to a thriving and popular team. This documentary does a great job at breaking down the deal, and what it meant for the sport.

Few teams are more historic in NHL history than the Broad Street Bullies. This was a nickname given to the Philadelphia Flyers teams of the mid-1970s, as they made a change from a new expansion team looking for an identity, to a team known for their grit and toughness.

While their team and strategies were a little unorthodox, there is no doubting they were effective. They used their grit and determination to help them win back-to-back Stanley Cups in 1973-74 and 1974-75.

This documentary looks at the Bullies and does so in an entertaining way, while still providing some education on the team itself, and their beginnings in a city that many thoughts weren’t right for, and didn’t want, an NHL team.

Any of these documentaries are sure to entertain or educate you and give you an inside look at the sport of hockey and the people that play it.

Are there any hockey documentaries that you feel should have been included? If so, don’t hesitate to leave a comment below.