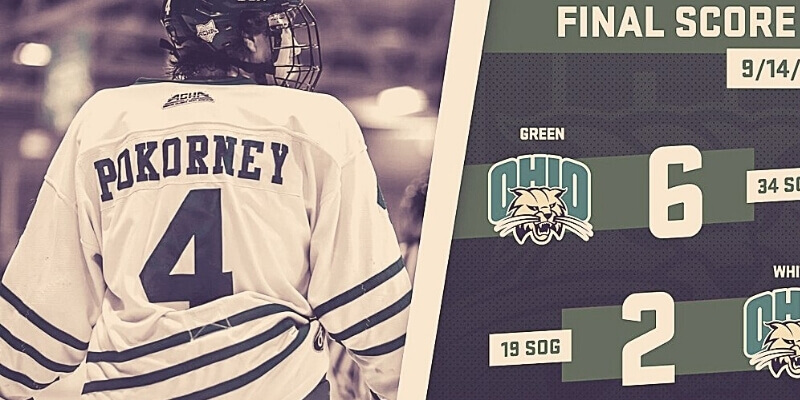 If you read through hockey stats, you will see plenty of different acronyms that count and keep track of different things. One that you will surely encounter is SOG. SOG stands for shots on goal and represents the number of shots a team or player registers on the opposing goal.

However, there is also a statistic that records shots, so what’s the difference? Well, that is exactly what this guide is going to observe more closely. Read on to learn more about what SOG stands for in hockey and why it is important to know both as a player and a fan.

What is a SOG?

Every time a player shoots a puck that reaches the goalie and needs to be saved, a SOG (shot on goal) is recorded. So how does this differ from shots, which is another metric commonly tracked in the NHL and other leagues?

The main difference is that these SOG are shots that require the goalie to make a save to stop the puck. If a shot wouldn’t turn into a goal on a completely open net, it cannot be defined as a shot on goal.

A shot that misses the net, or even one that hits the post, will be considered a shot, but not a shot on goal. Goals that are scored are, by definition, also considered SOG. This rule also goes for any type of shot that can be generated.

It doesn’t matter if it is a hard shot, a slow-rolling shot, a deflection, and the place at which the puck is shot from doesn’t have an impact at all. If the goalie saves it, or a goal is scored, it is counted as a SOG.

The Different Ways the SOG Stat Can be Used

If you are checking through league stats, you will notice that SOG is both a positional player and a goaltender stat. It can be counted as the number of shots on goal a player has, but also how many a goaltender has stopped during a particular game.

It can even be looked at as a team stat. The stat is very important as it can show how effective a team is at getting shots on the net. Teams that have high numbers when it comes to SOG often score more goals and win more games as a result of their offensive prowess.

The stat can also show how well a team can play defensively. If a team constantly has a ton of SOG on them, it could be a sign that their defense is struggling to stop opposing teams from getting clean looks at their net.

How Many Shots on Goal Normally Occur in a Game?

So how many shots does a player usually get in a game? Well, that depends on who they are and the position they play. A player who plays defense might only get one or so unless they are offensive. A forward, on the other hand, can get up to 8-10 in some circumstances.

In general, however, few players average much more than 4 shots a game. For example, the only three players to get over 4 shots on goal per game in 2020-21 in the NHL were Nathan MacKinnon, Auston Matthews, and Alex Ovechkin.

As for teams, it depends on the offensive and defensive matchup of a game, and what players are on the team. Most teams will have around 30 shots each game to reach the goaltender. Some teams may shoot as low as 20 or under, and some teams may even go over 40.

Of course, much higher numbers have been achieved. For example, the record for the highest number of SOG in a game since 1959-60 was when the Boston Bruins had 73 in a game against the Quebec Nordiques in 1991. Funny enough, only 3 of them ended up getting scored.

There you have it, all you need to know about SOG and what it stands for. It is a great measure for showing how effective a team is at getting pucks to the net. If there are any pieces of information you feel should have been included that weren’t, don’t hesitate to let me know!