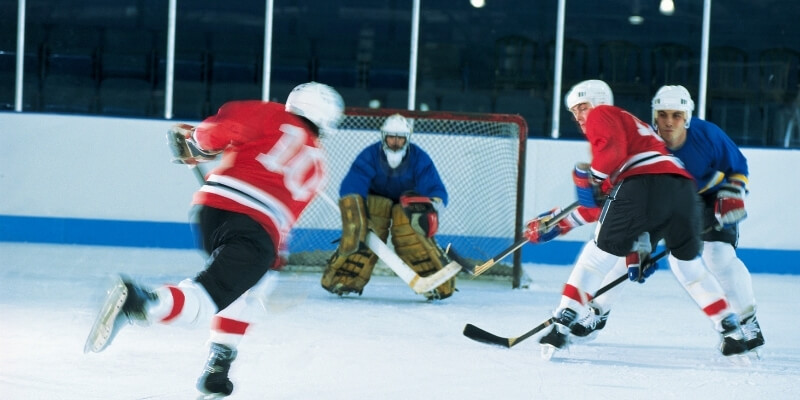 Looking at the NHL standings is a common occurrence for many fans. You want to see where your team is, and which teams are currently performing the best in the league. However, when observing the teams, you will see a column called “ROW”.

At first glance, you may be confused as to what this is, or why it matters. In hockey, ROW stands for Regulation plus Overtime Wins. It helps to distinguish between regulation and overtime wins vs. wins that were earned in a shootout.

This guide is going to take a closer look at what ROW is, why it is tracked and the history behind it.

Why is ROW Tracked?

The main reason that ROW is tracked is to act as a tiebreaker when seeding and ranking teams for the playoffs. If two teams are tied in points, other metrics (such as ROW) will be used to break the tie and decide which team will appear higher in the standings.

Shootouts can be a little random, and a shootout win isn’t really a team win. It is a collection of one-on-one battles between shooter and goalie, and many feel that these wins don’t hold as much value or merit as a standard team wins.

Without ROW, a team that has won a ton of shootouts could be seeded higher than a team that has actually performed better in the standard 5 on 5 game of hockey, and this didn’t sit right with many people.

The History of ROW

ROW began to be tracked back in 2010-11 as a way for teams to distinguish team wins (like regulation and overtime) from shootouts. As mentioned earlier, many feel that a shootout win doesn’t hold as much merit as a team win and shouldn’t be treated as important.

The rule makers in the NHL tended to agree a little bit as ROW was introduced and a greater weight was given to standard wins. Shootout wins still have value as they get you two points like any other win, it’s just that they won’t break a tie between two teams.

The Procedure and Steps for Breaking Ties

So while you now know that ROW is primarily used to break ties, it is important to familiarize yourself with the tie-breaking procedure as a whole. Points have always been the most important factor when seeding teams. It’s 2 points for any win and 1 for an OT/shootout loss.

The teams with the most points will always appear at the top of the standing. But oftentimes, due to the nature of the league, teams will often tie in points. Playoff seeding is very important as better teams will often get easier opponents in a playoff bracket.

When ROW was first introduced, and for many years, it was the next metric looked at to decide who will be higher in the standings after points. However, in the 2019-20 NHL season, the rules changed and RW (regulation wins) was added and now takes priority over ROW.

As you could imagine, this counts only regulation wins. With the NHL moving to a 3 on 3 overtime period, many of the purists believed that these new OT wins were not legitimate as they weren’t a standard 5 on 5 game of hockey like regulation games are.

So as of the writing of this article, ROW is third in priority when deciding where to rank teams, after total points and regulation win. After ROW, the team’s head-to-head games and goal differentials are examined to determine where in the standings they go.

If these are still tied, which is quite rare, a tie-breaking game will be played between the two teams. If this game is miraculously tied after regulation, playoff overtime rules will be in effect and the teams will play until one eventually scores.

I hope this article and guide have been able to clear up any confusion about what ROW is in hockey. It can be a confusing subject to some, but hopefully, I was able to help clean the air. If there is anything else you feel I should have mentioned or included, let me know in a comment.