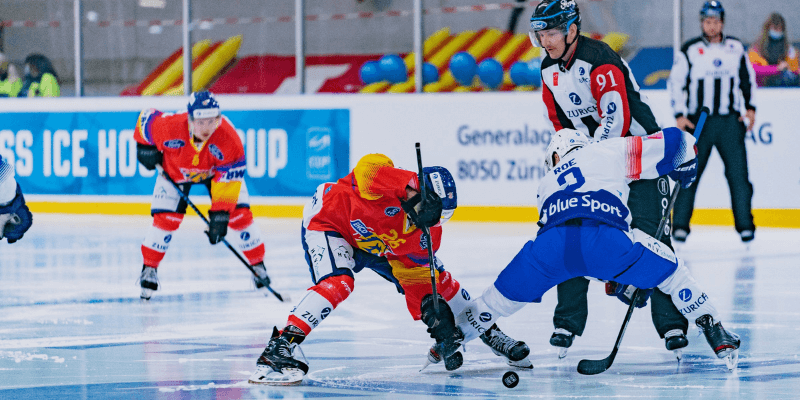 During a hockey game, penalties are a common occurrence. When a player is sent off for an infraction, the opposing team gets a power play. This is when the team who committed the penalty has to play a man down for a period of time.

The team will then be shorthanded and have a harder time playing both offense and defense against a team with more players on the ice. During both playing and watching hockey for years, it is easy to see the benefit that a power play has for a team.

Keep reading this guide to learn a little more about power plays and how important they are to the game of hockey.

The Different Kinds of Power Plays

It is important to know that not all power plays are created equally. There are actually a couple of different kinds of power plays. Power plays will go on for either two minutes, four minutes or five minutes.

The kind of power play that is awarded depends on the penalty called and/or the severity of the infraction. Most power plays are only two minutes and are due to minor penalties. This includes hooking, cross-checking, tripping, holding, delay of game, roughing, and interference.

However, if a minor penalty is deemed more appalling than normal, a double minor can be given, which is four minutes. There are a few reasons for this, but it is normally because the infraction draws blood.

Lastly, the five-minute power plays are reserved for major penalties. This includes slashing, boarding, spearing, checking from behind and others.

The main benefit of a power play is that it makes it easier to control the puck and score goals, as you have one less opposing player to worry about. Many teams on the power play spend much more time in the attacking zone, and have a much better chance of scoring.

However, on the other hand, plenty of teams have actually found success scoring shorthanded goals. It is less common, but some teams on a power play will play too aggressively, which can leave them open to a counter-attack by the team that is a man down.

While most power plays will end once the two or five minutes have passed and the offending player heads back onto the ice, if the team with the power play scores a goal, the player who got the penalty will get out, even if the full penalty time has not elapsed.

The player with the most career power-play goals is Dave Andreychuk with 274. However, Alexander Ovechkin is only five behind, and he is still actively playing, so he could certainly break the record.

Not to be outdone, Wayne Gretzky is the proud owner of the most shorthanded goals in NHL history, with 73. This is 10 more than the player in second place, Mark Messier.

So how do teams make the best use of this two, four or five-minute man advantage? Well, they use specific tactics in order to give them the best chance of putting the puck in the back of the net.

Most teams will have some set pieces and plays that are aimed at getting different players (and the puck) in the best position to get a clear shot at the net.

Many of these involve having a few players near the blue line to set up the plays, with the rest either getting in front of the goalie or setting up off to the side.

Generally, teams on a power play want to space out the opponent’s players, create better opportunities for clear shots, and be able to chase after rebounds if a save is made by the goaltender.

To combat these tactics, the penalty-killing team will usually play defensively to protect their net and stop goals and uncontested shots from coming through. They will generally sit in front of their net to block shots, and do all they can to get the puck out of their end.

While shooting the puck from your end to the other end of the rink is usually an icing penalty, shorthanded teams are excluded from this rule and are legally allowed to ice the puck during a penalty kill.

Sure, they may move forward and play offensively from time to time, this is quite risky and isn’t done unless the team on the power play has been way too aggressive or misplays the puck in some way.

As you can see, power plays are an incredibly helpful way for a team to gain an advantage over their opponent. I hope that this guide has been able to help you learn more about power plays, the different kinds there are, and the tactics that teams use to get the most out of them.

Is there anything I missed in my explanation of power plays and how they work? If so, don’t hesitate to leave me a comment below and let me know.