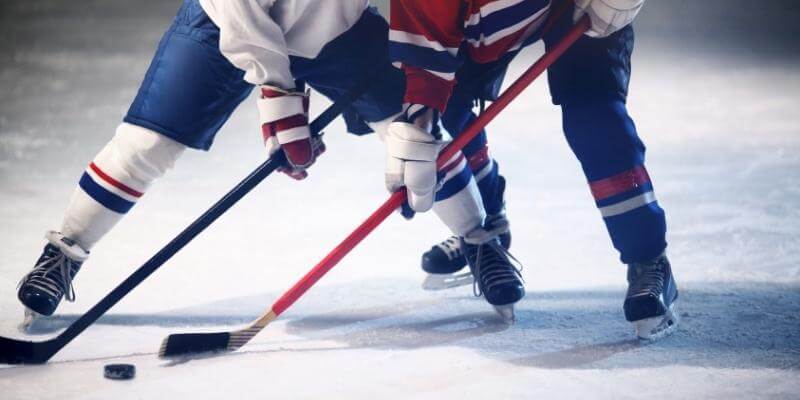 Hitting in hockey is essentially when a player uses their body to make contact with another player, often with the intention of slowing them down and/or removing the puck from their possession.

As a long-time fan of hockey for 20+ years, I have seen my fair share of hits both in-person and on TV. I personally think it is a great way to win the physical battle over the opponent, but also control the puck and fire up both the team and their fans alike.

However, there is a lot more to hitting in hockey than simply one player running into another. This article is going to go over what hitting in hockey is, how to properly do it, and why it is an important part of the game.

What is a Hit in Hockey?

As mentioned, hitting in hockey is when a player will use their body to make contact with another player in some way. These hits are often used to separate opponents from the puck, slow down their forward motion, or simply to get fans and teammates pumped up.

The more physical team will often be in control of a game, and the intimidation factor of a big hit is a very underrated part of hockey. These hits can happen in the open ice and can be devastating, but also happen up against the boards in many cases, too.

Some hits are huge and get fans on their feet, while other hits are small and more strategic. Either way, any successful hit can help a team win the game and ensure they dictate how the game will continue.

Of course, there are plenty of rules in hockey surrounding hits, to keep everyone safe and maintain the integrity of the game. For a hit to be legal, it needs to occur while a player is in possession of the puck, and if a hit is deemed reckless, players can be penalized.

The Importance of Hitting Properly

While hitting can be a valuable tool to gain an upper hand on your opponent, it also has the potential to hurt someone. Countless NHL players have gotten injured over the years from hits that have been illegal or reckless.

As a result, when playing hockey, I believe it is very important that players (of all ages) know how to hit properly and in a clean way. If a player is going to eventually play in a league that allows hitting and body checking, it is important to teach them the right way to do so.

Players should lead with their shoulder or hip, and aim to hit the opponent somewhere on their chest, shoulder, or rib cage area. You want to hit the center of their body as best as possible for a clean hit.

Players should slightly bend their knees when approaching for the hit, and explode forward and upwards to complete the check and hopefully dislodge the puck from the player’s possession. Always ensure you are hitting from straight-on, and the player can see you coming.

Blindside hits are dirty and can lead to a major injury in some cases. Be careful of things like your stick and skates during all checks. Remember, checking and hitting are done to win possession of the puck and get your team pumped up, not to hurt opponents.

Hitting in the wrong way can lead to severe injury both to the recipient and the hitter. Always maintain control when hitting, and never hit someone too low, above the shoulders, from behind, or leave your feet to land a hit.

The Different Types of Hits

Hockey is a physical sport, and there are a few different kinds of hits that players can use. When most people think of a hit, the one they are thinking about is a shoulder check. This is when a player leads with their shoulder and collides with the opponent’s chest or shoulder.

It is important for the hitter to keep their elbows tucked, as if the elbow gets anywhere close to the head of the opponent, a penalty will often be called.

Another type of hit that will often be seen is the hip check. Players will lead with their hip to knock opponents off balance, and this type of hit can stop a player in their tracks and make it very hard to maintain control of the puck.

Players can also use their forearms to essentially shove a player, which is another kind of hit. These hits won’t have as much force, but can be delivered in rapid succession, and can still be useful in getting the opponent off-balance and could lead to them losing the puck.

Also, there are plenty of illegal hits such as hitting to the head, slew footing, cross-checking, elbowing, checking from behind, and more. These will often be penalized if called and could lead to retaliation by the other team in some cases.

Hitting is a very important part of hockey as it can take the puck from your opponent, impose your will, and get teammates and fans excited and pumped up. If you feel there is something else I should have mentioned about hitting in this guide, feel free to leave me a comment.