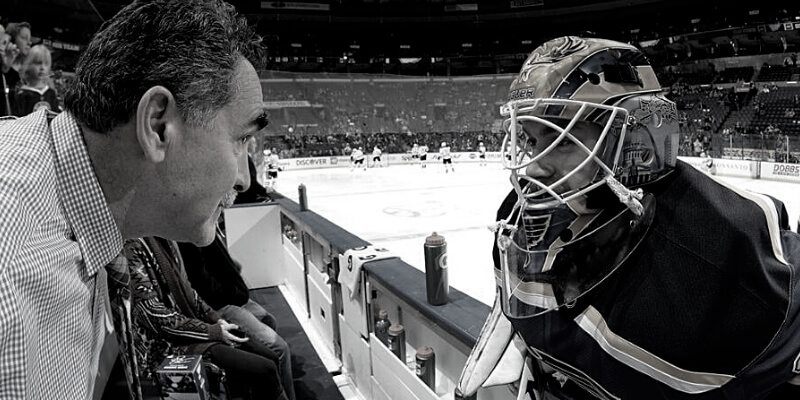 Like every sport, hockey is full of different statistics and data on teams and players alike. These include goals, time on ice, penalty minutes, hits, and faceoff win percentage. But in addition to these simple statistics, there are more advanced stats, too.

These involve a bit of math in many cases but can be as (or even more) important than the simple stats. There are many examples of these advanced stats in hockey, but among the most important is the Corsi number.

In simple terms, the formula for Corsi is the shots attempted for, divided by the shots attempted against. You can look at both an individual’s Corsi number, as well as a team. This article is going to take a look at Corsi and look at why it is beneficial, its history, and much more.

As mentioned earlier, the Corsi number of a player or team is derived by taking shots attempted for and dividing it by the shots that the opposing team attempts. Note that Corsi doesn’t only account for shots on goal, but any shot that is attempted, even ones that miss or are blocked.

The reason the Corsi is important is that it is perhaps the best way to judge puck possession time and offensive pressure. If a team has a lot of puck possession and is putting pressure on their opponent, it often translates to more wins.

When it comes to Corsi, the higher the number, the better. A high Corsi shows that a team took more shots than their opponents, which equals more scoring chances and a higher overall possession, in most cases.

Corsi can also be shown as a percentage, too. This is derived by taking the shots attempted for and dividing them by both shorts for and against.

The formula for finding the Corsi number can differ a little bit whether you are looking for a team or individual Corsi. Team Corsi is derived simply by using the formula mentioned earlier (shots attempted for/shots attempted against).

For an individual player, you will first begin by looking at their teams’ shots while they were on the ice. From there, you will be divided by the number of shots the opponent had attempted while that player was on the ice.

The History of Corsi

The Corsi number has a bit of interesting history. It was first popularized and named by a financial analyst from Chicago named Tim Barnes. He had heard the GM of the Buffalo Sabres (Darcy Regier) talk about his team’s shot differential vs. opponents.

Intrigued, Barnes decided to come up with this formula to help both display and track the differential. He went through a few names, such as the Regier number and the Ruff number (after Buffalo head coach Lindy Ruff). However, he didn’t like either of these.

In order to get some inspiration, Barnes searched through the staff of the Sabres and eventually saw a picture of Jim Corsi. He liked his mustache, so he decided to name it the Corsi number. Funnily enough, it was indeed Corsi that came up with the statistic, so Barnes got it right.

Corsi is a popular advanced stat for hockey, but it is far from the only one. Many others can help teams and fans alike understand different aspects of the game and use math to derive interesting and helpful outcomes.

While some advanced stats have been around in the sports world for many decades, they have only been popular in the NHL for a short period. Teams have only recently begun to see the benefits that tracking and analyzing these stats can provide.

Also, due to this relative infancy of advanced analytics in hockey, don’t be shocked to see more and more continue to be created and developed over the coming years and decades. As long as these advanced stats help teams, staff will continue to use them and discover new ones.

As you can see, Corsi is a very important stat and can help teams see how well they are possessing the puck vs. their opponents. I hope this guide has helped develop your understanding of Corsi, but feel free to leave a comment if you still have a question.