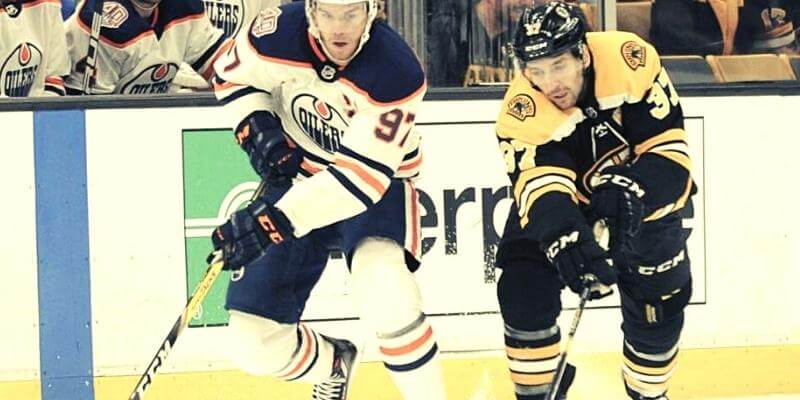 If you watch hockey games or keep up with the NHL, you have likely heard the term “point” thrown around fairly frequently. This term can be confusing to some, as there are multiple different meanings for the word point when it comes to hockey.

While the point can also be a position on the ice (right inside the blue line, where a defenseman is usually positioned), this guide is going to specifically be looking at team points and player points. Without any further ado, let’s take a closer look at the meanings of points in hockey.

For every win a team gets (regulation or overtime), they are given two points. If a team loses in overtime or a shootout, they are given one point. A loss in regulation counts for zero points. While not everyone agrees that this system is best, it has shown no signs of going anywhere.

Of course, these are the point rules for the NHL, but different leagues and associations may have different rules for rewarding points, such as offering three points for a regulation win vs. two points for an overtime or shootout win.

Player points are given out when a player either scores a goal or gets an assist. The player with the highest point total in a given season is awarded the Art Ross Trophy, and it is often the best players in the league that sit at or near the top in terms of points scored.

A goal is simple to understand. If you are the last player on the scoring team that the puck touches before it is scored, you will be awarded a goal. While this is normally off of a player’s stick, this isn’t always the case.

You can also score a goal off of your hip, your elbow or even your head. However, a puck cannot be kicked in deliberately. An assist can be a little more complicated to understand.

Teams and Players With the Most Points

Now that you know what both team and player points are in hockey, which NHL teams and players have gotten the most points? When it comes to teams, no NHL team has more points than the Montreal Canadiens.

This should come as no surprise as they have been around for over 100 years, and have won 24 Stanley Cups over the years. The best season for a team in terms of points came in 1976-77 when the Montreal Canadiens amassed 132 points in 80 games.

On the player side of things, it is no surprise to see that the player with the most points at 2,857 is Wyane Gretzky. This is nearly 1,000 points more than the player in second, Jaromir Jagr.

Gretzky also owns the record for the most points in a season, with 215 (52 goals and 163 assists). In fact, of the top 10 highest point-scoring seasons in NHL history, Gretzky is responsible for 8 of them.

However, Gretzky doesn’t have the record for the most points in a single game, as that belongs to Darryl Sittler, who had a 10 point night (6 goals and 4 assists) back in 1976.

I hope the information included in this guide has been able to help you learn more about points in hockey and the teams and players who have collected a ton of them. Let me know in a comment if there is anything you feel I missed or that should have been mentioned.