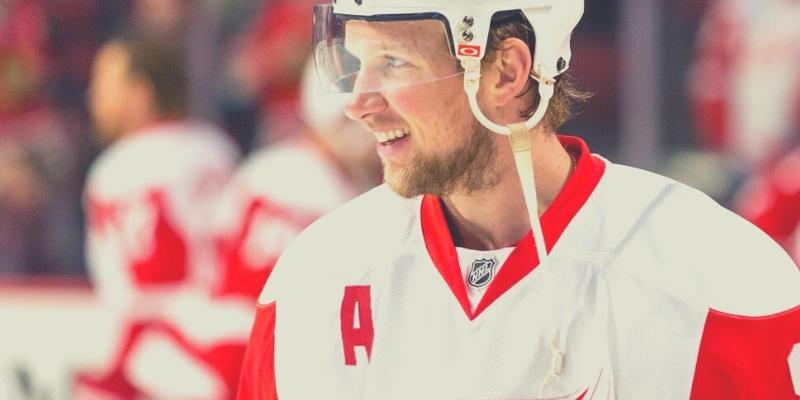 If you have been watching a hockey game on TV or in person, you will see a few players with a letter on the front of their jersey. This will either be an “A” or a “C”. A “C” means that player is the captain of the team and the leader. But what does the “A” mean?

This guide is going to take you through the official (and unofficial) roles of captains and alternate captains, and go over how teams choose who wears a letter on their jersey.

What is the Role of an Alternate Captain?

In order to understand the role of an alternate captain, you need to be aware of the duties that a captain is responsible for. According to the NHL rulebook, captains are responsible for speaking to refs when they give penalties, voicing concerns with refs, and getting interpretation on rules.

Instead of having an entire team question a call or go talk to a ref, it is easier for one single player from each team to go and do so.

They will then return to the bench and tell the coach and their teammates about what they have learned. When the captain is unable to fulfill these duties due to being injured, not being on the ice or being in the penalty box, an alternate captain will take over these duties.

However, these are only the official rules in the rulebook. There is a lot more than captains and alternate captains do. They are trusted as the team leader and will often be in charge of firing the team up, playing hard, and leading by example.

Captains and alternate captains alike are respected by coaches, fans, and their teammates, and are even seen as role models in many cases. They are to set a good example as the face of a team, often appearing at public events and on signs or brochures.

These aren’t official duties but are things that teams expect out of their captains. Captains also act as a facilitator between players and coaches to ensure everyone is on the same page.

How Are Team Captains Chosen?

So how does a team decide who their captain and alternate captains are? Well, it depends. There are no set-in-stone rules about how teams choose their captains. Some teams will hold elections to appoint them, and on other teams, the coaches and management will choose.

While the captain is often the team leader, those next in line are given the alternate captain role and are well-respected by their teammates and they have their backs just like they will with the team captain. Wearing an “A” or a “C” are both worthy of being proud of.

You may think it is often the best or highest scoring player on a team that becomes captain, but that isn’t always the case. For example, ahead of the 2021-22 NHL season, the Columbus Blue Jackets named Boone Jenner their captain.

While he hasn’t had over 40 points in a season in over 5 years, he exhibits a strong character and works incredibly hard, and was chosen by the coaches for those reasons. The leadership of a player and how respected they come into play more than points when deciding a captain.

Generally, the captains are veterans who have earned the right to wear the letter. However, in some circumstances, teams will name a young star as captain, as well. As long as the player is a leader and the team is behind them, anyone can become the captain or alternate captain.

I hope the information in this guide has helped you learn not only what the “A” on a hockey jersey means, but also how captains are chosen and what their duties are. If you feel I left anything out, be sure to let me know in a comment below!